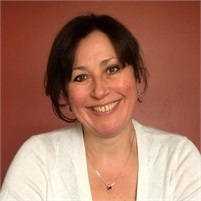 In any divorce commenced after Dec. 31, 2018, the spouse paying alimony can’t deduct it, and the spouse receiving the money no longer has to pay taxes on it. Now, it’s the opposite. Divorce lawyers say the current setup tends to preserve more money overall to allocate between spouses, helping them afford living separately.

How many people receive alimony?

Government statistics vary. The Census Bureau says 243,000 people received alimony last year, 98% of them women. The Internal Revenue Service says 361,000 taxpayers claimed they paid a total of $9.6 billion in alimony in 2015, though only 178,000 reported receiving spousal support. Child support payments are separate, and over 4.3 million people received child support last year, according to the census figures.

What are the concerns?

Critics fear that without the deduction, higher-earning spouses won’t pay as much to their exes. New York City matrimonial lawyer Malcolm S. Taub foresees future alimony recipients losing 10 to 15 percent of what they’d get under the current law. Some prenuptial agreements have alimony provisions that assume the tax deduction, said Scott Swier, a South Dakota attorney. Some states might need to change alimony guidelines embedded in their laws.

The National Organization for Women and the American Academy of Matrimonial Lawyers opposed the change, though the president of the Association of Divorce Financial Planners, Cheryl Glazer, notes alimony is just one factor among many that will determine how any particular future divorcé fares at tax time.